The Steel Cutting ceremony of Containerships’ second Liquefied Natural Gas (LNG) vessel under construction was celebrated in Guangzhou 7th April 2017. At the same time, the Keel Laying ceremony of the first LNG vessel was held. The Ceremonies took place at Wenchong Shipyard, premises of the Chinese shipyard in charge of building the totality of four new 1400 TEU LNG vessels for Containerships.

At the event, Containerships was represented by the CEO Kari-Pekka Laaksonen and the Sea Operations Director Pekka Järnefelt. Additionally, Containerships’ Board members and company owners, Mimmi Nordström, Harri Nordström and Kimmo Nordström participated this remarkable event in Company’s history. From behalf of the project supervisor Nordic Hamburg Shipmanagement, the Managing Director Rowil Ponta was present. The Embassy of Finland in Beijing was represented by the second secretary at the embassy Laura Rajaniemi.

“Our company has ambitious goals for the future and we believe in sustainability in logistics field. We have made commitments to our stakeholders to bring four new LNG vessels to our market in 2018, and I am happy to say that the building process has gone as planned so far”, affirmed Kari-Pekka Laaksonen at the Ceremony.

In total, Containerships invests over EUR 150 million to build a logistics chain entirely based on LNG. The new vessels play an essential role in Company’s strategy of more sustainable and profitable logistic operations. The first LNG vessel is scheduled to enter operations in spring 2018. 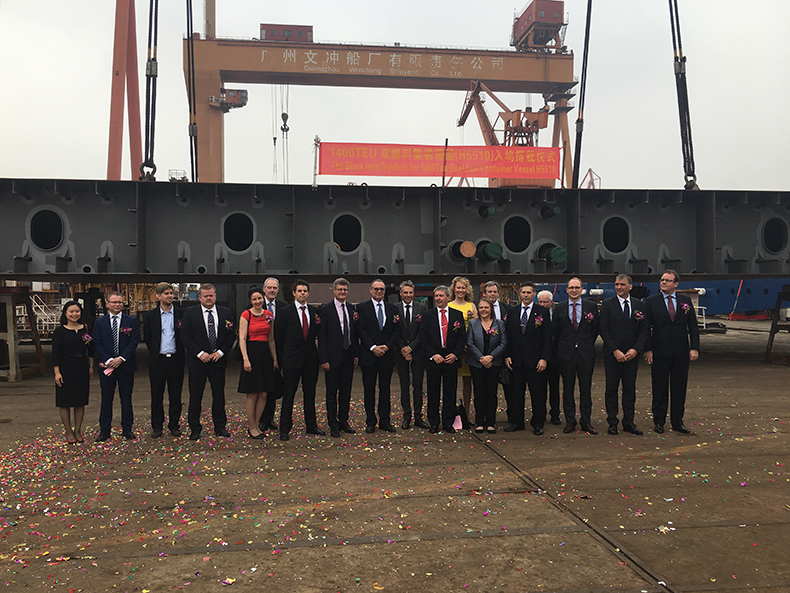