The shipbuilding work of the first vessel continues now on an outfitting pier where interior, such as piping, cabling, smaller machinery and furnishings of the vessel will be installed. The main engine factory acceptance was completed on September, and the LNG tanks have been accepted and are ready to be installed on the shipyard.

Launching of the first LNG-fuelled vessel was followed by the keel laying of the second vessel, which is now being built up on the slipway.  The block production for the second vessel is nearly completed and 148 blocks have been accepted. The main engine testing is planned for end of November.

In 2018, Containerships will have the total of four new LNG-fuelled vessels in operation on the Baltics and North Sea. The first vessel is expected to start sailing during the first half of 2018 depending of completion of sea trials. 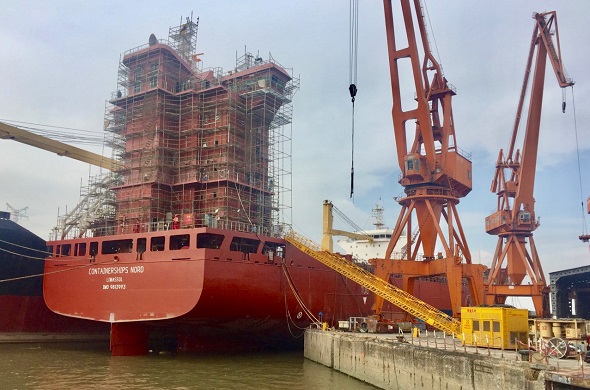