The newbuilding project, started in December 2016, has challenged Containerships to take a step to cleaner future. The newbuild LNG-powered vessels will reduce remarkably CO2 emissions as well as sulphur, nitrogen and particulates emissions. The renewed fleet will have positive impact not only on the environment, but also in Containerships’ customers on their efforts against the global warming from their industry point of view.

Containerships has been very actively promoting the LNG concept with possibility to comply with the SECA restrictions and on top of that cutting the CO2 emissions for every freight ton carried. The company has already achieved major success in convincing some key customers in Containerships’ ability to provide more environmentally friendly transport solutions for the future.

M/S Containerships Nord will start sea trials soon after the christening ceremony, followed by M/S Containerships Strom later this summer. The last heretofore subscribed vessel celebrated its keel laying on 10th of May.

Containerships builds a total of four LNG-powered container vessels at Wenchong Shipyard in Guangzhou, China. All vessels are well proceeding in order to be delivered during the summer and autumn 2018, the last one to arrive during the first weeks of 2019. 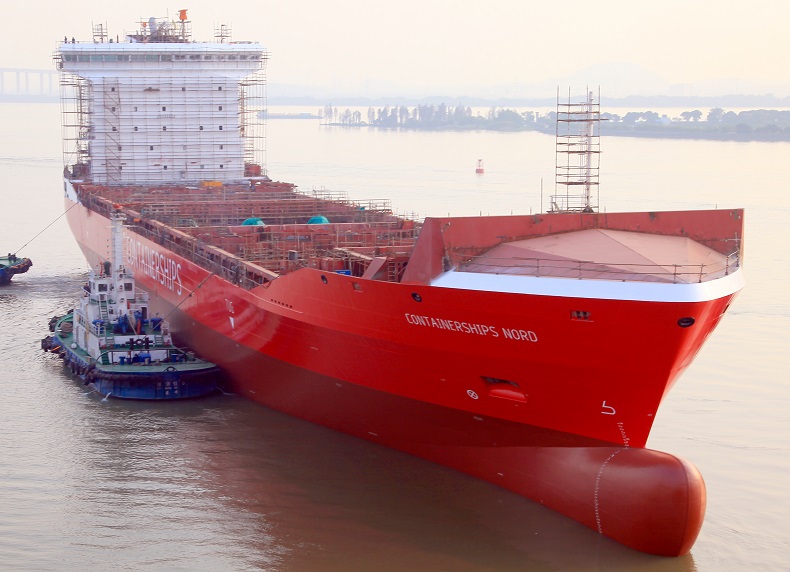