On 24th of May, Containerships took one step further for a cleaner future as the company’s two first newbuild LNG-powered vessels were christened at Wenchong Shipyard, China.

Equipping of the christened vessels is proceeding, and the sea trials for both Containerships Nord and Containerships Strom are planned to start by the end of June. Based on the sea trials, the delivery of the first vessel is scheduled for end of August, followed by the second one within six weeks.

Containerships builds a total of four LNG-powered container vessels at Wenchong Shipyard. All vessels are well proceeding to be delivered during the summer and autumn 2018, the last one to arrive during the first weeks of 2019.

In total, Containerships invests up to EUR 200 million to build a logistics chain based on LNG. In addition to the LNG-powered vessels, company’s LNG concept is supplemented with LNG-powered trucks and own refuelling station in the UK. 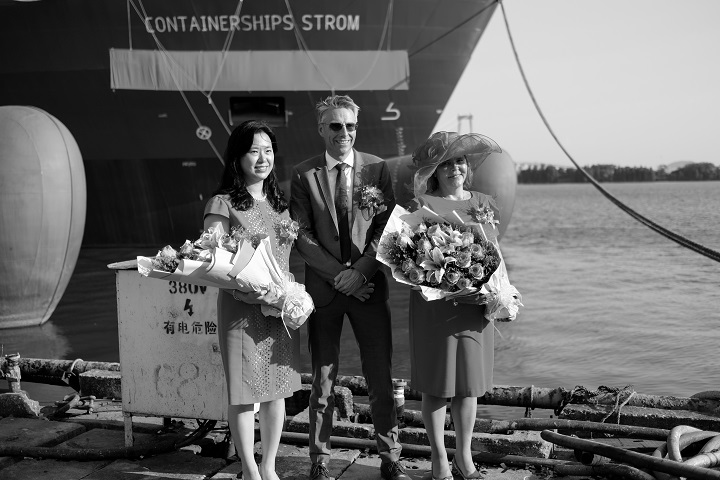