Containerships second LNG-fuelled vessel under construction, M/S Containerships Strom, has been launched at Wenchong Shipyard in China. Launching was completed on 29th January during high tide.

Two of the four Containerships’ newbuilds are now launched and the construction work continues on an outfitting pier. Engine room outfitting, bridge outfitting and accommodation part is progressing well. Fuel gas tanks have been installed and gas system assembly will start after the Chinese New Year holiday at the end of February.

Launching of M/S Containerships Strom was followed by the keel laying of the third vessel. Her first pre-erected block was located on the slipway 30th of January. 141 blocks for this third vessel have been accepted. Steel cutting of the fourth LNG-fuelled vessel started in September 2017, and 73 blocks have been accepted by owner and class and further 60 blocks are in assembly progress.

The first newbuild, M/S Containerships Nord, is scheduled for delivery during the first half of 2018. It will then be followed by one vessel every eight weeks after the previous one. All vessel are in operation in the beginning on 2019. 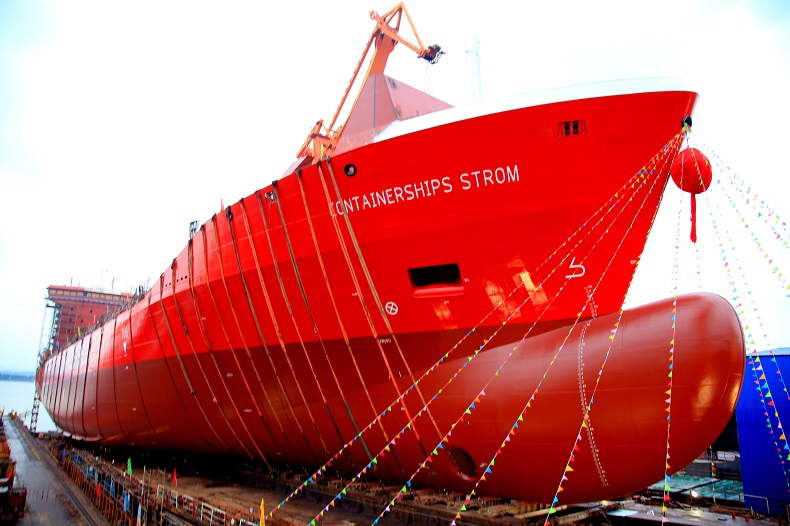